The Importance of Security Cameras in Dallas

On a positive note, technology evolves at a rapid pace and now offers you a wide range of possible solutions. You are no expert in these solutions and can feel overwhelmed with your options. We are here to help, so let’s dig in and take a look at the important features and potential solutions as well as the traits needed in a possible partner.

No criminal or mischief maker wants to get caught on tape. Security cameras provide a video feed that creates a video record tracking people as they enter, approach, and leave your commercial property or home. These devices serve as both tools and deterrents. Placing security cameras also around a facility ensures that employees are productive. They also intimidate would be intruders, so they move away from your property and onto their next possible target. Finally, they help law enforcement follow up on crimes.

In the past, a surveillance system consisted of several video cameras connected to a digital video recorder, which recorded images and displayed them on a monitor or Close Circuit Television (CCTV). These systems were difficult to use. Today, advanced technology has made it easier to have standalone security cameras. Modern security cameras run on the Internet network (IP) and send video footage right to a computer or smartphone device. You have lots of choices, and there is a system that meets your needs. So, here are few items to think about.

Convenience is a key consideration. If you have computer LAN wiring throughout your building, then adding cameras to that network makes sense. Wireless security cameras are flexible: you can place them anywhere. Accessing these systems has also become simpler. You can get a real time view of what is going on in any spot in your facility from a computer or a smartphone. The transmission is live streamed via an Internet connection. 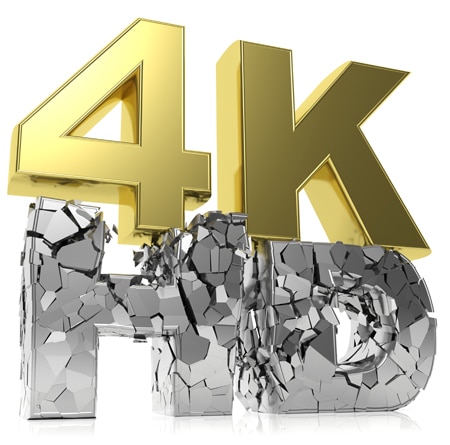 CCTV cameras come with various levels of resolution. The higher the resolution, the finer the details, and the better chance your chances are of identifying and catching anyone creating mischief.

Camera resolution is measured in pixels, the number of dots per square inch on a screen. So you multiply the number of pixels in the width by those in the height. A 2MP system has 1920 in width and 1080 in height = 2,073,600, which is the total number of pixels contained in the image. High end systems now offer as much as 8MP.

In addition, cameras have become smarter. Not everything in a picture frame interests you, just those items that seem suspicious. A Pan–Tilt–Zoom camera (PTZ camera) is capable of remote directional and Zoom In and Zoom Out functions. These systems are becoming intelligent and automated. A Virtual Pan-Tilt-Zoom (VPTZ) camera focuses on portions of an image, without requiring that a person adjust it. When the pixels in a frame change due to movement, the camera automatically zooms in on that area, so, you get a close up of any suspicious actions.

These systems are becoming quite granular. Hikvision's AcuSense cameras even distinguish between human and vehicle movement and a person versus non-human objects, such as rain, animals, and leaves. Such features significantly reduce the number of false alarms generated and ease your management requirements.

Get the License Plate Number

License Plate Capture (LPC) cameras, also called License Plate Recognition (LPR) cameras, are specialized solutions with custom software. They identify and record license plates on still or moving vehicles. Artificial Intelligence is incorporated into these cameras, so they compensate for items, like speed, weather, and headlight glare. However, these devices are not magical and cannot see through objects. To be effective, they must be placed strategically, so they capture the plate numbers.

Bring Light to the Darkness

One traditional challenge has been gaining clear pictures at night when there is little to no light. Recent advances in camera lens and more sophisticated imaging and lighting software have made it possible to capture crystal clear pictures during nighttime. For instance, Hikvision's ColorVu imaging technology provides vivid, full-color, full-motion images and video even in zero-light environments.

In sum, CCTV cameras improve, seemingly on a daily basis. Vendors offers a wide range of solutions that vary in capabilities and price points. You probably are not able to sift through all the options on your own. In addition, you will need help installing the devices, so you need to turn to an expert for advice. But who?

● Our security cameras produce high-resolution video footage that can be viewed anytime.
● We deliver and install security cameras that are tailored for your needs.
● We have an experienced and qualified staff of engineers and technicians.
● Our technicians use advanced technology, equipment, and tools for installation.
● We listen to our clients and provide them prompt customer support.

MegaSystems Security has been in the Dallas market for many years and provides products and services for different industry sectors, such as office, hotel, restaurants, schools, government office, media, and telecom. Our technicians are highly experienced and have the skills required to provide a thorough evaluation, installation, and maintenance of your security system. They test all installed cameras before leaving your property. If you have any questions following the installation, our techies are available to answer any of them and will return to your property to make any adjustments, if needed. For high-quality, reliable, and affordable security camera installation, Contact us today 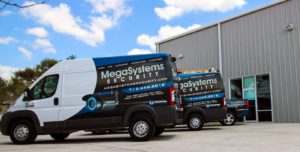